Shown on ITV2, “Celebrity Juice” has been on British screens since 2008. It’s known for it’s constant crude sexual jokes, beautiful guests and Keith Lemon’s catchphrases and general randomness that comes out of his filthy ginger mouth!

Regular panel members have been the sexy duo of Holly Willoughby and Fern Cotton. Previously Rufus Hound and Kelly Brook were also regulars. And don’t forget about Keith’s dog Spud!

Quite a few have been released including ‘Too Juicy For TV’ which is well worth a watch. There is also a Keith Lemon film and other DVD’s out including ‘Obscene and Unseen’. Or if you want to binge out on over 7 hours of juicyness then definitely get this one, T’Box set!

Want to know more about Keith? Well, he is the comic creation of Lee Francis (you know, from Bo’ Selecta!). The character is reportedly based on a real friend. You can catch the show on ITV2, and there are loads of clips on YouTube also. It contains rounds such as Lemon Head, Keith vs Jedward and Cover Stories.

This page wouldn’t be complete without an awesome clip, so here is Keith with Little Ant and Dec. What awesome little dudes they were.

Got any other funny lines from the show? Share them via the social section below (we previously had loads of comments but lost them in a server move, as Keith would say “that is well shit”.)

If you love Keith give him a generous star rating.

Thanks for stopping by. 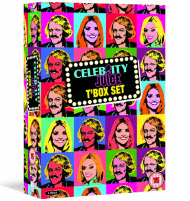 Some outbound links on this webpage may be affiliate links to help us generate revenue from commissions. As an Amazon Associate I earn from qualifying purchases. This has no impact on the price you pay :)